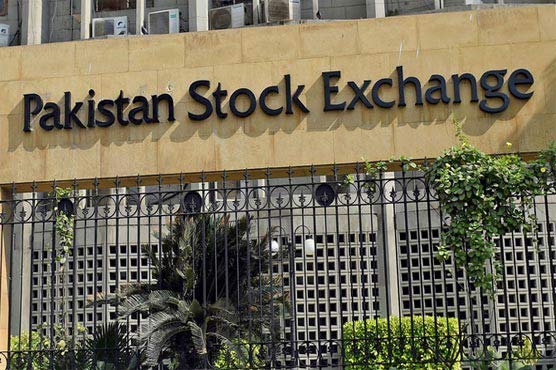 KARACHI – Bulls returned to the Pakistan Stock Exchange (PSX) during early trading hours on Monday, and lifted the benchmark KSE 100-share Index to 41,657 with a massive increase of 740 points or 1.81 percent.

On Friday, the KSE 100-share Index closed at 40,916.59 after gaining 184 points or 0.5 per cent on a weekly basis, and continued the positive streak for the seventh consecutive week. It was supported by buying interest in stocks of oil companies.

“There is a general belief that after these index adjustments, the support from key players will increase in upcoming sessions,” dealers had said for the stock observation last week.

After amassing a run up of 10 per cent in the last month, the KSE100 index during last week traded around the psychological level of 41,000 index points.

Foreign investors were net sellers of shares during the week, accumulating positions worth $5.8 million.

Among local investors, companies and brokers moved in the same direction as the foreign investors’ portfolio cumulative net sold $10.20 million.

This was, however, offset by individuals, mutual funds and insurance companies, who cumulatively net bought $15.41 million.

“While the market lose its momentum during the week, the improving macroeconomic indicators coupled with higher central bank reserves could keep market participants interested”, an analyst from Habib MetroFinancial had said.

“We believe the index will continue its upward journey as the economy depicts signs of resurrection”, an analyst from Arif Habib had said.

Improvement on the external front together with stability in the Pakistani Rupee is expected to reassure foreign investors.

Meanwhile, inflationary readings are set to touch peak in January 2020 with an imminent interest rate cut to follow, domestic investors remain jubilant as well, he said.

In a tweet, the premier’s aide had stated that the 14.9 per cent gain of the KSE-100 Index in November was the highest one-month return over the past six years.

Saudi calls on US to remove Sudan from 'terror list'

Have more money than Sehwag has hair on his head: Shoaib Akhtar