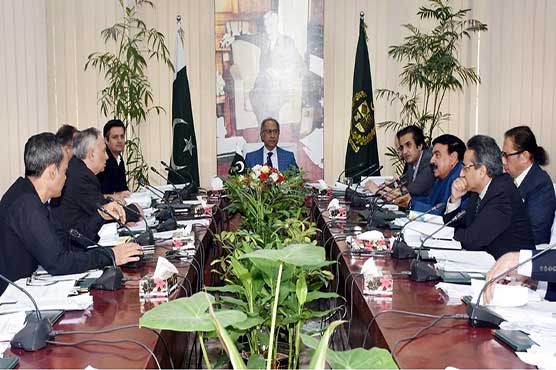 ISLAMABAD – The Economic Coordination Committee (ECC) of the Cabinet has approved amendments to a host of rules governing the regulation of upstream petroleum sector to foster ease of doing business and encourage investment in the sector.

The approval was granted in ECC meeting held in Islamabad on Wednesday with Finance Adviser Dr Abdul Hafeez Shaikh in the chair.

The approval to amend nearly 18 rules dealing with approvals, extensions, renewals, revocations and other ancillary matters covered under the Pakistan Onshore Petroleum (Exploration and Production) Rules, 2013, and their subsequent incorporation in relevant Rules governing the regulation of the upstream petroleum sector.

The meeting also discussed the proposal in detail and constituted a seven-member high-level committee headed by Adviser to Prime Minister on Commerce, Textile, Industry and Production Abdul Razak Dawood to review the proposal and submit its recommendations to ECC within two weeks.

The ECC also considered another proposal from the Ministry of Information Technology and Telecommunication for extension of Government Sovereign guarantee in respect of Telephone Industry of Pakistan, for a further period of two years from 16th September 2019 to 15th September 2021 and payment of loan amounting to Rs2.150 million, inclusive of mark-up of Rs1.030 billion, for smooth process of revival plan of the TIP.

Sberbank CEO could resign if change of shareholder changes strategy