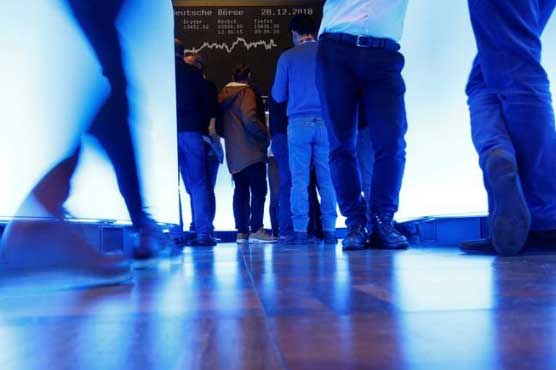 (Reuters) - European shares inched higher early on Friday, with all eyes on a speech by Federal Reserve Chief Jerome Powell for confirmation the U.S. central bank is still on course to deliver another cut in interest rates next month.

The highly-anticipated address at the Jackson Hole symposium is due at 1400 GMT and follows minutes from the Fed’s July meeting which have cooled money market expectations of a bigger half-point cut next month.

Some more encouraging data points this week have also helped ease market fears of recession - the main driver of a sell-off in the first half of August as well as of expectations that the Fed and other central banks would respond with more easing.

The pan-European STOXX 600 index rose 0.5% at 0710 GMT, rebounding from a fall on Thursday due to by mixed readings of business growth across major economies and as a jump in the pound slammed London stocks.

The FTSE 100 .FTSE index also rose 0.5%, while the euro-zone benchmark .STOXXE gained 0.6% and outperformed the market.

SimCorp A/S jumped 7.7%, and was the biggest gainer on the benchmark index, after the software company upgraded its financial forecast for 2019.

Faisalabad SEZs to create 70,000 new jobs in one year