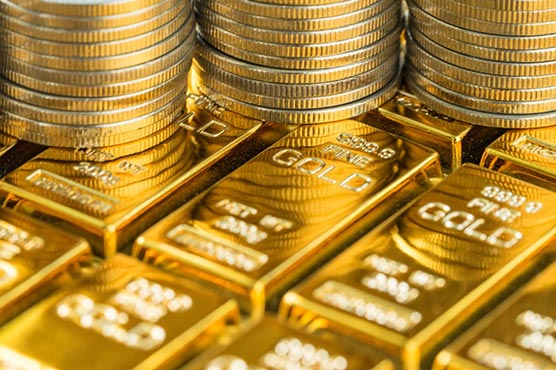 (APP) – The gold imports into the country decreased by 6.72 percent during the first four months of the current financial year (2019-20) as compared to the corresponding period of the last year.

In terms of quantity, the imports of gold also declined by 13.55 percent as the country imported 134 kilograms of gold during the period under review compared to the imports of 155 kilograms during last fiscal year.

Meanwhile, on year-on-year basis, the gold imports into the country during October 2019 dipped by 1.61 percent when compared to the imports of the same month of the last year.

The gold imports during the months under review were recorded at $1.173 million against the imports of $1.424 million during October 2018.

On month-on-month basis, the gold imports during October 2019 witnessed nominal decreased of 0.42 percent when compared to the imports of $1.178 million in September 2019, the data revealed.

It is pertinent to mention here that the country’s merchandise trade deficit plunged by 33.52 percent during the first four months of the current fiscal year (2019-20) as compared to the deficit of the same month of last year.

On the other hand, the imports into the country witnessed decline of 19.21 percent by falling from $18.966 billion last year to $15.323 billion during the current fiscal year, the data revealed.

The time to deliver has arrived: Ijaz Ahmed

U13 cricketers to get training at Multan centre

'No panic' as India power to series-levelling win over Australia

Zimbabwe 'have to enjoy' first home Test since 2017