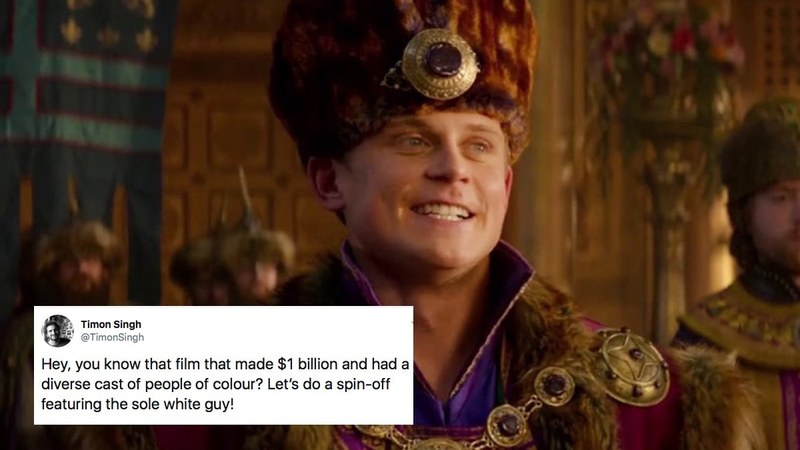 After Aladdin raked in over $1 billion at the box office, it's understandable that Disney wants to cash in more on the idea.

But they've come under fire for their decision to produce a spin-off film focusing on a minor character, Prince Anders played by actor Billy Magnussen. You remember Prince Anders right?

Fans were quick to point out that while Mena Massoud, who played the lead, opened up recently about how he hasn't gotten a single audition since, Disney had no problem announcing a spin-off starring a white actor from a film franchise that boasts a racially-diverse cast.

The film is to premiere on Disney’s new streaming service, Disney+.