– The rumors about the wedding of renowned actress Sana Javed and famous singer Umair Jaswal started to spread after the latter posted a photo of his birthday cake sent by Sana.

Umair revealed in a comment that the customized cake he received was from Sana which triggered the rumors regarding their secret relationship and wedding. 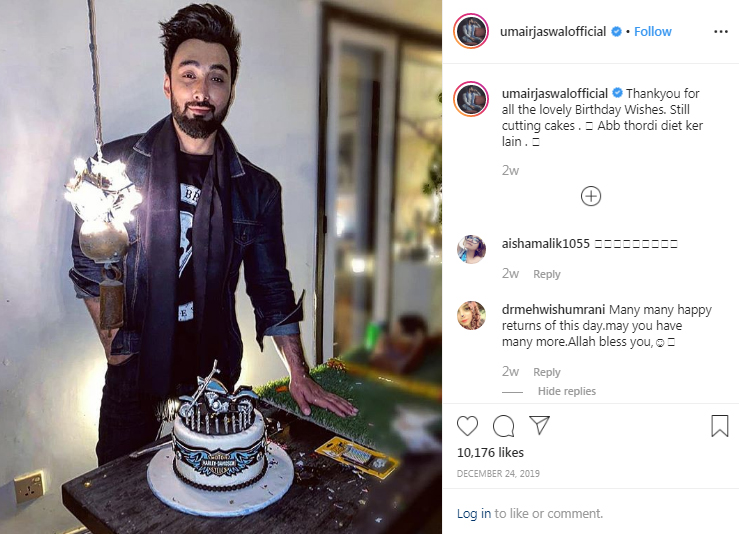 He thanked the actress for the cake and the idea for his next bike. While wishing the singer on his birthday, Sana Javed told him that she was glad that he liked the cake.

In short, the rumors was nothing more than just an Instagram comment which was the grassroots of all the reports.

As the speculations continued doing rounds on the social media, some unconfirmed reports said the pair has denied the reports of getting married.

Yasir Hussain and Iqra Aziz have set their wedding date

Confrontation in region not beneficial for any party: FM Qureshi

Tom Brady To Bears? Why QB Does (And Doesn't) Make Sense For Chicago