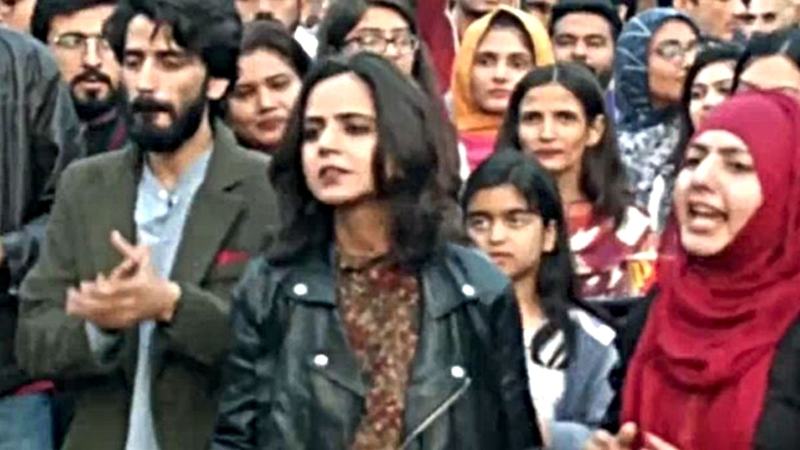 The Faiz International Festival came to an end on Sunday but it left an iconic moment behind.

As a preview of the upcoming Student Solidarity March on November 29, many young citizens gathered around a drum circle to chant slogans and it was a powerful visual.

You'd think folks would be impressed by the students' vigor and tenacity but you'd be disappointed, as many were quick to comment on the protest.

They took the liberty to assume all the members of the protests come from an elite background and are from LUMS for some reason, which they actually weren't.

The brunt of it all was laid on a young woman, a student activist named Arooj Aurangzaib, with many commenting on her being too loud, elbowing her fellow protester ahead and worst of all, wearing a leather jacket.

That's right, the leather jacket this woman wore outdoors in Lahore during the winters has become the subject of debate on social media. For some odd reason, many have claimed that this particular garment means the woman is an elite that doesn't belong in protests...

To which we say

Why are we expected to look a certain way to get our voices heard?

In the end, we know what it's all about

Because here's the thing

The Student Solidarity March hopes to bring many issues to light. Like this

Rebel Wilson shows off her incredible weight loss on Instagram

Beyonce teams up with Adidas to launch gender-neutral collection

What were 70 DJs doing in Saudi Arabia?