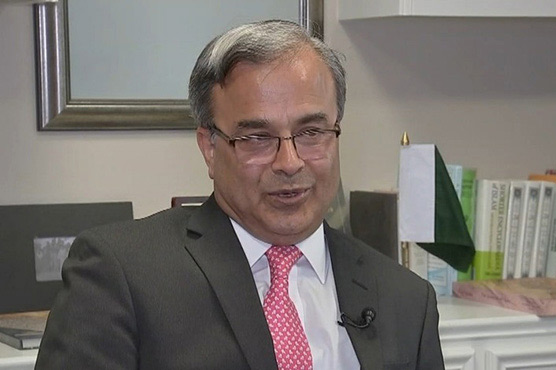 While speaking to a private news channel in the U.S., the ambassador stated: "Unilaterally changing the status of a region which has been seen by the international community over the years as a disputed territory ... has really put the region at the verge of a serious conflict."

“Pakistan will not compromise on its autonomy and fully reserves the right to respond if its sovereignty is challenged.”

"They are trying to rewrite history and they have tried to deprive a people of their identity. And they have unilaterally tried to settle an issue which has been there on the UN agenda for almost 70 years.”

When asked about how Pakistan can de-escalate the situation, the ambassador responded: "I think the provocation clearly has come from India […] Prime Minister Imran was here. He spoke to you personally. He also met President Trump at the White House. And we’ve been very consistent in making all the overtures for peace to India... Unfortunately, all those gestures have not been reciprocated."

Asad Majeed added, "It is for the United Nations... it is for friends like the United States and other international players – they need to intervene."

Majeed urged the United Nations Organisation (UNO), America and the entire world to take a serious note of India’s oppression in Jammu and Kashmir and blatant violation of human rights.

A preview from the Sunderland Echo's The Roar podcast, January 23 edition - out now for free