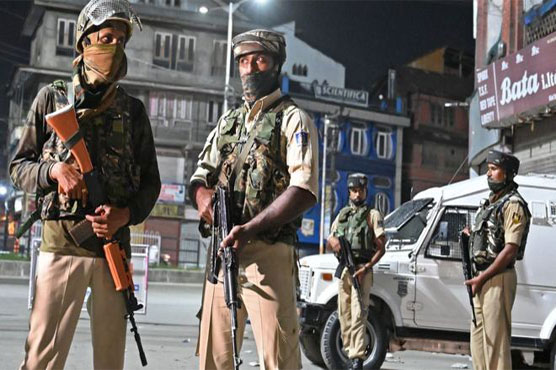 Srinagar : In occupied Kashmir, unabated military siege and lockdown continue to affect the daily life in the Kashmir Valley and parts of Jammu region on 126th straight day, today (Sunday).

A sense of fear prevails among the local population due to the imposition of restrictions under Section 144 in the territory.

Shops and other business establishments are mostly closed and educational institutions and offices wear a deserted look as mark of people’s disobedience against Indian occupation, particularly anti-Kashmir steps taken by India on August 5.

The suspension of internet, text messaging and prepaid mobile services continues to haunt almost all segments of the society including students, businessmen, doctors and patients.

Senior Congress leader and former Indian Finance Minister P Chidambaram has said that the freedom was being denied to 75 lakh people in the Kashmir valley.

A bipartisan resolution has been introduced in the US House of Representatives asking India to end the restrictions on communication and mass detentions in Jammu and Kashmir.

Pakistan to partner with peace and not any conflict: PM Imran affirms