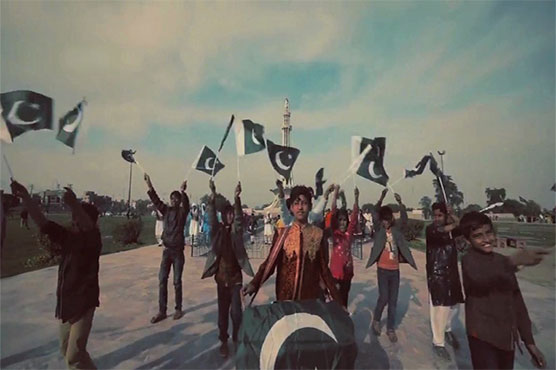 ISLAMABAD – The 72nd Independence Day is being observed today (Wednesday) as Kashmir Solidarity Day to express harmony and solidarity with Kashmiris in their recent plight caused by the Indian government.

The government of Pakistan has revealed a special logo for the Independence Day to be observed on 14th of August.

The logo has been created to express solidarity with the people of Occupied Kashmir after BJP-led Indian government stripped the Jammu and Kashmir special status of the valley with the revocation of Article 370 of the constitution.

The logo unveiled is based on "Kashmir banega Pakistan" theme. Word Kashmir, written in red colour, represents sacrifices rendered during the freedom struggle.

Pakistan’s flag represents Pakistanis resolve to go to any extent for Occupied Kashmir’s freedom while the red border around the logo highlights India s illegal occupation and atrocities it is committing in the valley.