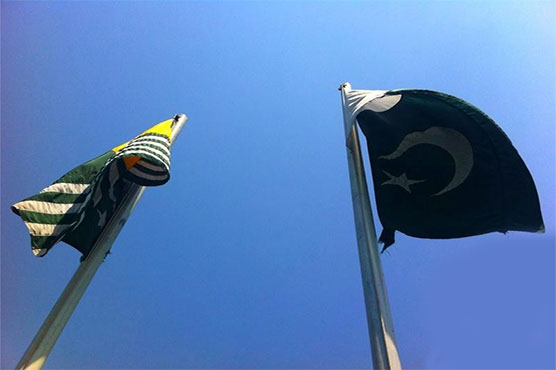 ISLAMABAD - Brisk preparations to celebrate the Independence Day with traditional enthusiasm and zeal are continuing across the country.

Vendors have set up stalls of buntings, national flags, banners, badges and pictures of national heroes who struggled tirelessly to achieve a common goal for Muslims of South Asia.

Special dresses of boys and girls made of green and white colours resembling national flag are also on sale.

The provincial and district governments as well as educational institutions and art councils have planned a series of events in connection with Independence Day.

At the same time, the government has also made arrangements to illuminate important buildings and monuments.

The national flag will be hoisted at all important buildings to celebrate the day in a befitting manner.

It is worth mentioning that the government has decided to observe Independence Day this year as Kashmir Solidarity Day to express harmony and solidarity with Kashmiris in their recent plight caused by the Indian government.

The government of Pakistan has revealed a special logo for the Independence Day to be observed on 14th of August.

The logo has been created to express solidarity with the people of Occupied Kashmir after BJP-led Indian government stripped the Jammu and Kashmir special status of the valley with the revocation of Article 370 of the constitution.

The logo unveiled is based on "Kashmir banega Pakistan" theme. Word Kashmir, written in red colour, represents sacrifices rendered during the freedom struggle.

Pakistan s flag represents Pakistanis  resolve to go to any extent for Occupied Kashmir s freedom while the red border around the logo highlights India s illegal occupation and atrocities it is committing in the valley.

Three die as speeding car falls into canal in Lodhran

Qureshi to leave for Iran amid Mideast escalating tensions