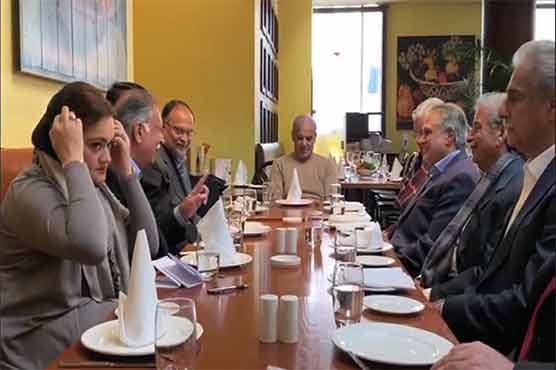 LONDON – A meeting of senior members of Pakistan Muslim League (PML-N) headed by Shehbaz Sharif took place in London today (Saturday) to hold consultation on the issue of amendment in Army act and appointments of members of the election commission.

The participants also exchanged views on in-house changes in the parliament and launch of anti-government protests. According to sources, announcement regarding formation of comittees to approach different political parties will also be made after the meeting.

It may be mentioned here that on November 28, the Supreme Court granted conditional extension to Army Chief General Qamar Javed Bajwa and gave the government six months to complete the legislation process regarding the reappointment or extension of tenure of an army chief.

Earlier, the apex court had suspended a notification issued by the prime minister in August for Gen Bajwa’s reappointment till 2022 citing procedural loopholes.