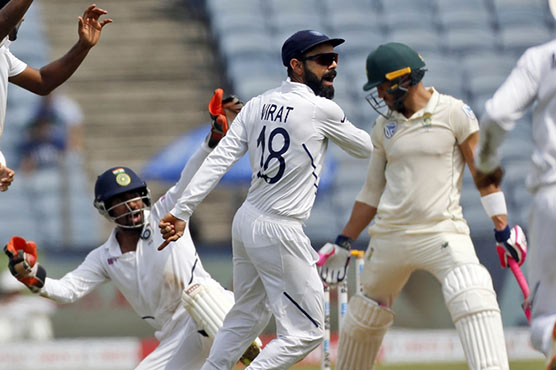 PUNE, India (AFP) – India beat South Africa by an innings and 137 runs in the second Test in Pune on Sunday to take an unassailable 2-0 lead in the three-match series.

Paceman Umesh Yadav and spinner Ravindra Jadeja took three wickets each as South Africa, following on, were bowled out for 189 in the final session on day four.

It was India’s record 11th Test series victory on home soil, beating the Australia’s 10 on the trot. The final Test is in Ranchi starting October 19.