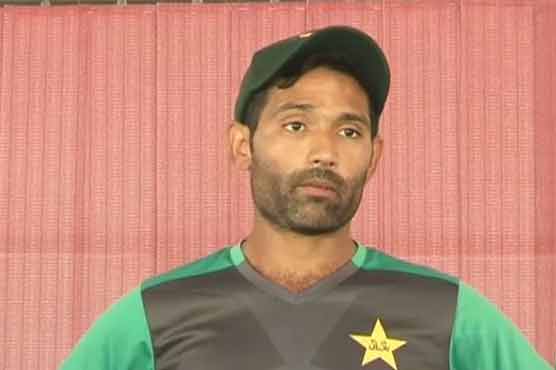 LAHORE – Pakistan middle order batsman Asad Shafiq on Thursday said that he had been playing on number six and the chances to play a bigger inning are less by playing on this position.

Talking to media after training camp, he said that the lack of runs have more to do with his batting position, which would improve as he bat higher in the coming matches.

“For the first five, six years of my international career, I have batted at the number sixth slot, and one major disadvantage of batting such lower is that you don’t get more chance of piling massive runs,” said Shafiq.

Shafiq went on to say that following the retirement of Younis Khan and Misbah ul Haq, he has got chance to play in the top order and he will try to improve his average.

“I know that after the retirement of Younis Khan and Misbah-ul-Haq I have to take the responsibility, and I am working hard to fill that space,” Asad said.

He said that he is focusing on improving his fitness levels and is learning a lot under Misbah’s supervision. “Misbah is very cooperative however, one would need to give their 100 percent,” he said.

The time to deliver has arrived: Ijaz Ahmed

Zimbabwe 'have to enjoy' first home Test since 2017

Malinga ready to quit after T20 debacle in India