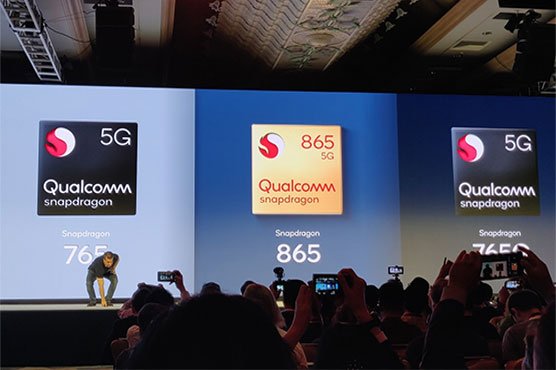 HAWAII – Chip giant, Qualcomm, has launched its next-gen Snapdragon 865 chipset which will be certainly power most high-end Android smartphones next year.

The X55 modem is part of the package, supplying both 4G and 5G connectivity, achieving theoretical maximum download speeds of 7.5Gbps on 5G and 2.5Gbps on 4G (and uplinks of 3Gbps and 316Mbps, respectively). It supports both standalone and non-standalone 5G networks, as well as both sub-6 and mmWave developments.

The Snapdragon 865 is Wi-Fi 6 certified, and supports Bluetooth 5.1, aptX TWS, aptX Adaptive, and aptX Voice. The Hexagon 698 and Tensor accelerator bring a 5th gen AI engine which doubles the performance of its predecessor.

The most important thing to know about the Snapdragon 865 is that it is indeed the 5G Chip You’ve Been Waiting For. Are the major US carriers ready with robust 5G networks for you to use? No, not at all. But given that the Snapdragon 865 is going to be the chip that ships inside pretty much every major Android phone next year, a whole swath of devices are going to suddenly be compatible with the full spectrum of confusing 5G standards.

• Qualcomm says the chip is theoretically capable of delivering speeds up to 7.5Gbps, which is almost 1000 megabytes per second.

• It’s still not clear what the benefit of these faster download speeds will be for normal people — especially mmWave in larger cities — but Qualcomm is making great efforts this week to at least prove some basic use cases like game streaming and such. 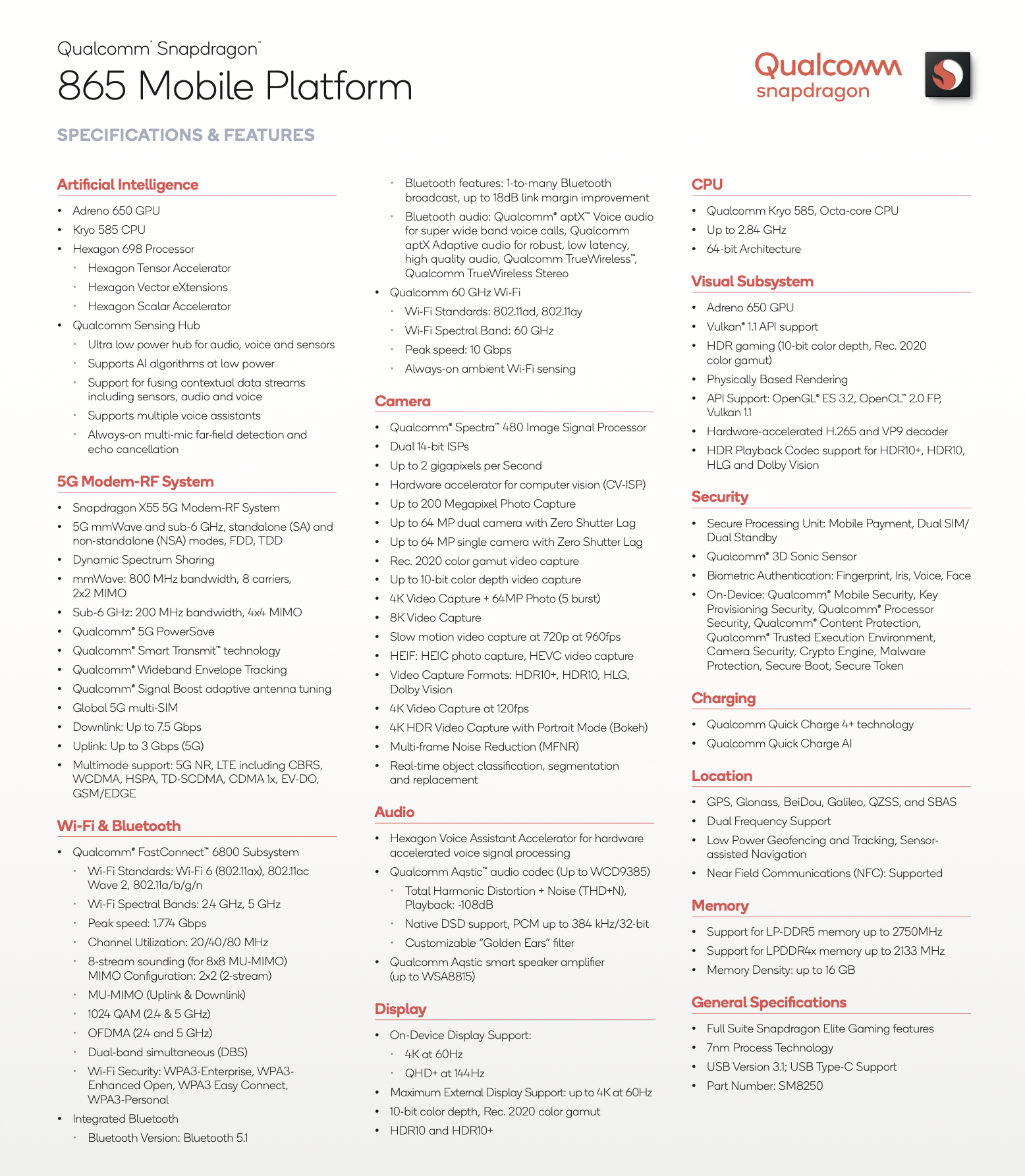 The big takeaway here is that all of the big Android phones you already know are coming next year — like the Samsung Galaxy S11 and Google Pixel 5, among a dozen others — will almost surely be 5G-ready. Will the networks? Sure, in some places. Most, though, won’t be reaping the benefits of this year’s Snapdragon 865 5G changes for years.

Other things Qualcomm is touting with the Snapdragon 865 include much-improved AI processing — a very important aspect of the chip as AI functions become even more central to the smartphone experience. The company says its 5th generation AI engine is twice as powerful as its predecessor, and pushes 15 trillion operations per second all while being more power efficient than the previous generation as well.

What will this mean for actual everyday use cases? Well, for one, Qualcomm showed off an insane demo where a prototype device was transcribing speech from the presenter on stage in live time to English … and at the same time translating that speech to Chinese on-screen — also on the device itself. This kind of performance probably wasn’t possible before the 865.

The latest premium Snapdragon chip — as it always does — brings new GPU and CPU architectures that offer year-over-year performance gains. Will this year’s updates change the single-core-performance showdown that has Apple’s chips absolutely obliterating Qualcomm’s every year? Nope, it doesn’t look like that’s changing this year. But this year’s CPU is better! It is! Qualcomm promises it is 25% faster than the 855, to be exact.

The Adreno 650 GPU also packs modest performance gains versus last year’s model, but ever so slightly less so. Qualcomm says this chip with “desktop level features” for “ultra-smooth gaming experiences” is 20% faster than the previous Adreno chip. There’s also a suite of “Snapdragon Elite Gaming” features: Desktop Forward Rendering, Game Color Plus, and — this is the kicker — GPU drivers that will be updated via the Play Store. That’s nice — if it means improvements over time.

Arab world should focus on Pakistan for its software needs: Fawad Chaudhry

Xerox plans to nominate 11 directors to HP’s board

What is the Coronavirus and how did it spread?