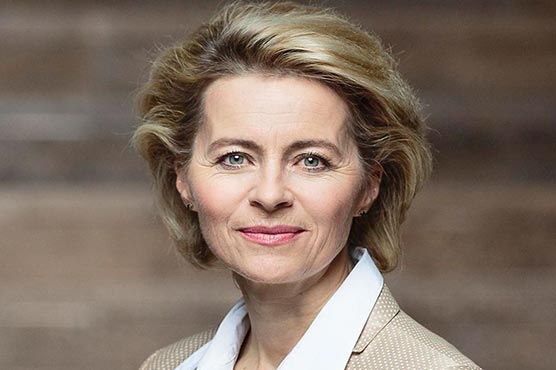 (AFP) – After negotiating her own confirmation as president of the European Commission, Ursula von der Leyen must now put together a 27-nation team to help her run the bloc.

The former German defence minister will need all her political and diplomatic skill to knit together a commission from different countries and parties.

And then, in October, she will have to go back to a European Parliament that only barely approved her own coronation and ask it to back her appointments.

She has quite a summer ahead of her. Here are some of the oddities, obstacles and challenges the 60-year-old mother-of-seven must now negotiate.

The United Kingdom will leave the European Union on October 31, one day before von der Leyen takes office, so Brexit shouldn t be an issue, right?

Well, probably not, but British politics is in chaos and it remains uncertain whether presumed incoming prime minister Boris Johnson will get Brexit done.

If he doesn t, the new European Commission ought to have 28 members, at least for a while, but it is not clear if London will even nominate someone to fill its seat.

Von der Leyen will be the first woman to lead the commission, and she has vowed that her team will reflect humanity s 50-50 gender split.

To this end, she has asked member states to each nominate both a man and a woman for their slot, so she can choose a balanced set of appointees.

The hitch? The member states appear to have entirely ignored her request and those who have already announced nominations have only sent one name each.

The fix is in

In theory, the commission is von der Leyen s team, ratified by an obedient centrist majority in parliament.

In practice, the same council of EU member state leaders who chose the German have also begun nominating her commissioners.

He will be joined by Danish competition commissioner Margrethe Vestager, promoted to match his rank.

Timmermans and Vestager enjoy the backing of the socialist and liberal groups in parliament, which must be appeased after EU leaders rejected them as candidates for the top job.

Spain s outgoing foreign minister Josep Borrell will also be their equal as High Representative for foreign affairs, a double-hatted role that also answers to the member states.

Von der Leyen may have more freedom to dole out portfolios to the other commissioners, but here again national capitals are jostling for the most prestigious or powerful roles.

France has its eye on trade or the environment, which the Netherlands wold like to secure. Italy is determined to grab employment, industry or competition.

The newer members of the union, former communist states from central and eastern Europe are increasingly insistant on playing bigger role in Brussels, and von der Leyen says she wants to help.

Poland s governing party, the right-wing populist PiS, was quick to claim that it supplied the votes that assured the nominee of her wafer-thin majority when she was approved on Tuesday.

Now they, along with other more or less authoritarian voices in the east, want to be heard.

The Greens had a good European election, increasing their pool of seats in many northern and western countries, and they very much want at least one job on the commission.

The problem is that they don t control any of the national governments that nominate the 27 names, and they refused to join fellow pro-Europeans in voting for von der Leyen.

They are present in some coalition governments, but Denmark backs Vestager, Luxembourg chose social democrat Nicolas Schmidt and Finland is sending Jutta Urpilainen, a socialist.

Maybe Sweden will help out and pick a Green? Or Belgium, if it forms a government in the next few weeks.

Aside from the names mentioned above, a certain number of other member states have sent in their nominees.

And Greece is sending a familiar face, Margaritis Schinas, the former MEP who served as spokesman for the outgoing commission.